Wax and accessories are something everyone uses, and as it’s still an ancillary cost it hasn’t been cut out of peoples budgets. Sarah Cameron from Magical Go-Go and POM POM wax gives us their take on being a small accessory brand, being the only women’s specific wax company, keeping snowboarding fun, and various other issues in snowboarding. Check it out.

It’s a tough time for small business all over and the economy isn’t helping. What challenges are you currently facing and how are you dealing with all the economic issues at hand?

It’s kind of a good time to be a small company because we don’t have as much pressure on us as a big company-especially during a recession. Being a wax and accessory company is also good-particularly now-we’re kind of like the appetizer-consumers might be skipping the main dish but they fill up on appetizers and most always leave room for dessert. That being said, there are some shops that are more cautious with placing pre-books with wax and are planning on at-once orders, so we’re gearing up for that. As much as we prefer pre-books, we like the fact that we can also offer at-once orders for shops. Our number one priority is getting our product into shops, and we’re willing to work with them to make it happen-because we know when the product is there, it sells. Sell-through for us last year was really good.

Marketing is a huge part of every brand, you guys are taking a big approach to fun and being carefree, on top of that you have a split in the brands by gender. Who ideally is your target market and what have been the big differences in marketing Pom Pom and Magical Go-go to them?

This is an interesting question. Honestly for both brands, we appeal to both the young and old, which is awesome. We don’t subscribe to the idea that once you hit a certain age there are only certain images, graphics or philosophies that speak to you. It’s kind of the opposite. As we get older, what gets us psyched is finding that same carefree feeling you experienced when you were a kid, and I guess that’s what we try and capture with both brands.

Magical Go-Go came first, in the form of skate wax, in a cupcake mold, shrink-wrapped with a clip-art pirate label. We knew we had something when our local shops kept selling out. From there, we expanded. But the name, logo and what the brand represented is what attracted the kids and team. The team is awesome and so amazingly supportive of the brand. Again, that speaks volumes. I mean some of these dudes have crazy sponsors and to see them in a video part wearing a Go-Go breaker is very humbling.

As for POM POM, being the first and only wax company built for girls, we were automatically in a unique position and have been very lucky to have some of the best female riders in the world on the team. I think it’s so rad to have such sick riders on the team who are so down with wax. I don’t think it gets any tougher than that, or more inspirational.

With both brands we focus on the graphics and packaging. It’s like collecting vinyl or your favorite toys and wanting to keep the box on your shelf because it’s so awesome. That’s how I feel about our packaging. I could just stare at it all day. And that gets me psyched.

There’s a plethora of other wax brands out there right now doing their thing. Aside from marketing what sets your waxes apart from the rest of the competition? Any special secret recipes that make yours faster or more absorbent?

We are super critical of our wax formulas and spend many, many hours with R&D. We are very happy with how they perform. Plus they look and smell delicious. We only make what you need.

This year you were the brains behind the U.S. Gopen of snowboarding. It was a fun little event you guys had that paid a bit of homage to the olden days of snowboarding with the hand dug pipe. What’s in store for this event next year and will there be some new events? 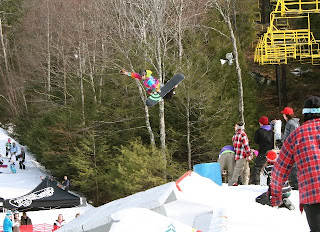 Austen Granger Going for Gold at the Gopen

The GOpen was so rad and planned in a short amount of time. The turn-out was great and we have had a lot of companies wanting to be involved next year, which is awesome. We’ll carry over some events from this past year but also bring some new ones to the on-snow freak show that will bend your cranium. 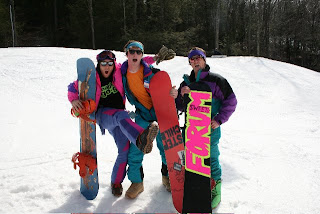 Kicking it oldschool at the Gopen

Accessibility is a huge issue when it comes to getting people to snowboard and stick with it. What are you doing to get more people involved and to stick with riding?

Going back to the small resorts is where so much fun is had. That’s where we grew up-riding at the small, local hills with your friends. Although I won’t deny the big mountains are super fun to ride, it’s way more fun to ride with a bunch of your friends. We are huge proponents of not only the local hills, but also the local golf courses. And if you’ve got a four-wheeler, some fresh pow, a tow rope and a backyard, you’re golden. It’s all about maximizing the fun factor without breaking the bank. Plus the best thing about wax is that it extends the life of your board. Get some new die-cuts on there and you’ve got a new graphic. 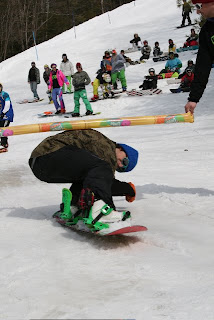 Being “green” is a big part of companies marketing right now, besides offering bean based waxes what are some other steps you’re taking to be more green? What’s your take on all the companies jumping on the “green” bandwagon?

We aren’t about preaching, but want to offer choices to the consumer. It’s definitely important to be aware of how our actions, big and small, directly impact our environment. The whole “green” thing got a bit out of hand for a while. I remember walking through the grocery store and it seemed like everything was now “green”-even hairbrushes. It was crazy. Ultimately it’s about offering choices where it makes sense, without compromising the performance of the product.

In the next five years where do you see the brands being?

We are just launching our surf wax this summer which we’re really psyched on. Multi-sport has always been our plan. We’ll continue to expand the product offering in snow, skate and surf and would love to get into moto. Did I mention I need a new dirt bike?

If people get one thing out of what Magical Go Go and Pom Pom are doing and represent what would you like that to be?

We want to inspire and motivate kids to get out there with their friends and have fun. If someone gets psyched to get on their board because of us, that’s success.