Reality TV and snowboarding round 2

Kelly over at Shred Betties showed me this today. Seems that there’s a bunch of mindless drones out there that can’t see past the fascade of reality television. Today people proved to me how brainless they really are.

Seriously are people this fucking brainwashed that they believe you can find “True Love” over the course of what like 6 weeks on a reality television show? Or better yet are people really so stupid they can’t see past the fake personality that Jesse Shitneck has put out for the public to view? Realistically wouldn’t you just assume that if your life through a vast array of edits, snippets, and “Reality” television you just might not be the person you really are?

Whats sad about these people is the fact they have an online petition circulating to make him the next Bachelor. Have we not learned anything here people reality T.V. and dating don’t mix, but what the fuck lets go for another round to keep us happy. Check out the petition here. But better yet are the hilarious responses from people.

Traci Thompson, Alabama
It would be fantastic to have Jesse as the next bachelor. Couldn’t recommend anyone else that would be more deserving. Please consider Jesse for this wonderful opportunity for a second chance!

Mrs. Jenkins, Georgia
There are far too few Jesse’s in the world – Jesse is honest, real, caring, giving etc. and he’s lot’s of fun to boot and sooo handsome:) – Jesse has a great personality, just suited for a Bachelor season/show – Don’t pass up this opportunity ABC – You need a winner!! 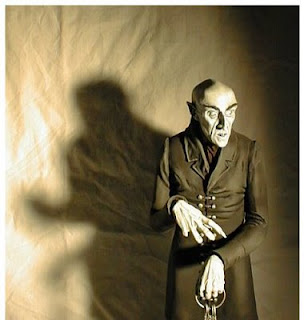 Rhonda C, Texas
Jesse is an amazing guy and appears to be so much fun. Considering some of the other bachelors they have had, Jesse would be the best one yet because of his love for life and his crazy personality.

Rhonda why don’t you come to Colorado and ask Jesse what he thinks of that great state you live in. Might be surprised about how he hates on you.

The Fact is Jesse is a media whore. His “pro” career was fading and rather than just ending up as a person filling a slot on a roster he branched out. First he was on Made which showed he was a asshole and a tool. Then he was on the Bachelorette, which my guess that 6 months after the show ended right around the time snowboard season started they’d break up and they did.

Then there was that great Youtube video he put. Someone on south of the north claimed he was just doing it so he could be the next Bachelor. Well low and behold the mindless automatons of the world branched out and started that fucking petition. Great people here we go again he can have another hand at being a bigger douche. The dude is an asshole plain and simple. It would be funny to interview some of his ex girlfriends from Summit County and see what they have to say.

Needless to say since the mindless people are all for him and have a head start I’m starting a petition against him. Lets see if my petition can catch up. You can sign it here.