Is Freestyle The Future?

Snowboardings progression and future aren’t set in stone. True statement? Undoubtedly, which makes it a part of the majesty of what we all do. The potential for doing anything is limitless whether it’s Travis Rice pushing the limits of how many times you can cork a spin, Scott Stevens and Jesse Burtner showing us to think outside the box with technical rail progression, or Jeremy Jones (big mountain) riding lines that others wouldn’t touch. So why is it that the statement of Freestyle being the future keeps showing up and is it really the future?

It’s undeniable the grip freestyle has on the media both in just the microcosm of snowboarding and the mainstream. Pick up a magazine and flick through the pages whether it’s ads, stories, interviews, or what have you there’s an undeniable presence of the freestyle focus. Turn on the TV and most televised events are either the X-Games or The Dew Tour. Every four winters we get the Olympics but the big hype is typically in the halfpipe. 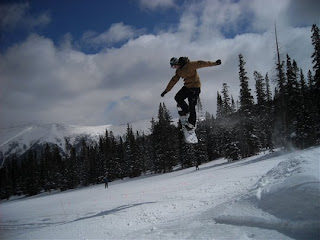 Riding more park than a teenager

Look at the big percentage of guys filming and riding in the backcountry most are riders that made their name in the park first and are now out there spinning 1080 double corks off huge cheese wedges or doing something technical off a more natural feature. It’s part of the natural progression as a rider, when the abuse of riding park all day takes its toll they started to move towards riding pow lines and dropping cliffs, but they’re still adding tricks they learned in the park to these features. 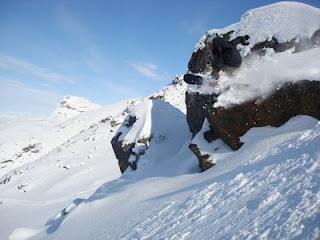 How accessible is it for someone to ride powder lines every day? Realistically for most it’s not, but it’s far easier for a resort to plop a few rails into the snow, push a couple mounds and build a jump, and if they have the budget and can make the snow a halfpipe. Now I’m not saying everyone feels the urge to go ride the park as there will always be those purists that just like riding down groomers, through the trees, or being a powder hound and sniffing out a stash of the goods. But how many of those people also like buttering around, jumping over or off natural features, and throwing a 180 here or there? 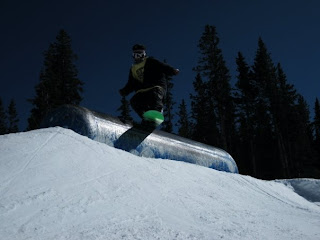 Pushing close to 30 and still pressing.

Starting to notice a trend here? Freestyle in the sense of being a purist to that aspect might not be the actual future, but all mountain freestyle definitely has that potential. I see more guys in their late 30’s throwing 180’s off side hits or ollieing off rollers out there than I did 10 years ago. Buttering potential has just gone insane with all the anti-camber options out there as well.

Age will always be a factor in this as well. As more people from my generation start to age and realize they can’t huck their meat off a 50 foot park jump like they used to, but that they can still butter around and ollie off rollers and do small side hits. If anything everyone will still retain some of that freestyle aspect as they transition as a rider. With that in mind it’s safe to say that all mountain freestyle is the future but not full blown freestyle. What is every ones thoughts on this?