Camber Theories In Use

Back in June I wrote a post explaining the various camber theories, whether it was rocker, 0 camber, or any of the other various incarnations out there. Since that time there’s been a lot of requests to talk about which one excels more in which aspect and what not. Here’s my take on which are better suited to what conditions and what type of rider might like them.

First and foremost anything that is anti-camber is going to give you added benefits in powder. That’s a given, you just don’t end up having to fight against the camber to get the nose above the snow. Are certain ones better than others? For me personally I wouldn’t say that one is better than the others, but certain ones are more suited for a certain style of riding.

Something like the K2 Gyrator with its 3-stage rocker is going to be better at backcountry freestyle than boards like the Burton Fish with their S-Rocker. You have one that’s a directional twin and another that’s just directional. Are you going to drop a cliff and throw a 540 better on the Fish or on the Gyrator? Naturally the Gyrator would be the better choice just based on the over all shape of it and how it’s not so directional in shape. Big thing is to ask yourself what you want to get out of the deck, this is where it’s less about which variation of reverse camber it has and more about the actual shape.

For park riding things change up a little bit because almost every company has some various incarnation of anti-camber they’re hyping that is the best at what it does. A lot of it is definitely going to fall on the rider and their style of riding. Some have a loose skate inspired style a la LNP while others are tight and technical like Shaun White. Big thing I tell people is different strokes for different folks, just have to find the one that suits your needs the best. 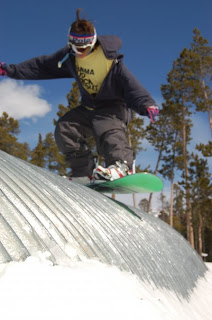 Any company can take a soft jib deck and throw rocker, reverse camber, 0 camber on it and call it a super jib stick. That realistically takes no effort at all. The vast majority of these decks are utilizing some variation of 3 stage rocker and it’s loose and playful. The others are still just soft jib sticks with one of the other variations. For most people having a deck that’s playful like that makes them happy. In regards to jibbing and doing ground butters all of these are awesome, some might be softer, or looser than others which could suck but most are solid to say the least. Honestly most people would be happy riding something like this and just dorking around on groomers. Hell even in pow it’ll still get better float than a standard cambered deck. Biggest sacrifice though will be pop and stability of course. Some companies have negated the loss of pop by building up the carbon, case in point the Rome Artifact 85 with that carbon triangle, it’s actually stiffer than its regular camber counter part. The other option is going with one of the decks that utilize a micro camber in the tips i.e. the Never Summer Circuit R. That miniature camber will allow you to get the snap you’re looking for and ultimately give a tad bit more stability. 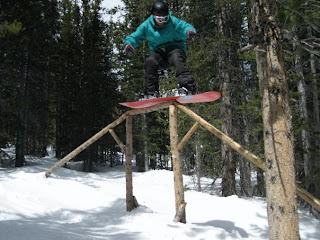 For jumping, half pipe, and all mountain riding that idea of over building to negate the loose feel carries over. Everything from milling the core different to adding more carbon is going to help. Another added component is the less is more school of thought, especially in rockered decks. By minimalizing the rocker height you increase the response when popping. If you think about it is a board with 3mm’s of rocker going to ride different than one with 12mm’s? Of course it is! Rides doing a good idea of utilizing this concept with the Machete and Dh 2 with Lowrize. Less rocker and stiffened up decks give you that pop. When I was talking with Sean Tedore from K2 he told me they were planning on changing the rocker amount in the Jibpan and changing the stiffness to give it that pop every one’s become accustomed to. I agree with him on that, 6mm’s seems to be median in that range where things are ideal for playfulness but not sacrificing pop.

Like I mentioned above having a miniature camber is definitely going to give you added pop as well. Banana was a huge marketing ploy by Mervin, yet most of their riders weren’t riding it, even Travis Rice admits that he wasn’t in an interview. Hmm if it’s so great and wondrous why wasn’t he using it? Because it didn’t give him the pop he wanted, now they’re doing Banana C2 and he seems to be stoked on that. After riding Never Summers R.C. Technology I’d agree that the pop you get out of it is better than most rockered decks, it also gives a bit more stability in the tips. Edge control also gets tweaked a bit more because you can still use that camber to help plow through turns. Now Nitro’s version of this anti-camber on the Sub Pop/ Sub Zero not so much, the placement of the cambered areas is different and that changes the pop you get.

The mix between these two is zero camber and that cam-rocker that some companies are using. Hands down zero camber beats it out, you get the ease of not having to load it, with the benefits of edge distribution and pop. Cam-rocker you’re still having to load and unload it, the rocker only actuates when you have loaded the camber and then it rises up. With zero it’s benefits are always present. Other than powder cam-rocker is just average at best and doesn’t give you as much playfulness as full rocker, zero camber or reverse camber. Zero camber also makes for an easier transition for those guys that are still in love with the feel of camber. It’s that nice middle ground where it’s not a drastic change and still has a lot of familiarity that resembles a traditional cambered deck.

As I mentioned earlier different strokes for different folks. Don’t just assume that one of these is going to be the magic board that solves all your problems and makes you a better rider. That’s dependent on you, but I will say this stuff does make snowboarding a lot more playful and fun. So who can really complain about that?