Battle of the Boot Collaborations: 686 vs. Bonfire

Between 686 and Bonfire you have two brands that have dominated the outer wear department. You also have two brands that are stepping in to another division with the launch of their boots this fall. The real question is with these two titans of snowboarding apparel, who has the upper hand? Which one do people embrace slightly more?

The most important aspect in snowboard boot fit is making sure that it fits your foot. With that in mind you do have two giants of footwear working with these companies. On one hand Salomon has years of being in the top tier of boot manufacturing, while New Balance is crossing over into a new genre of footwear. This fact alone definitely plays into how well these cross overs will appeal to the public. This round goes to Bonfire solely because Salomon has established itself as a top contender in the world of snowboarding footwear. 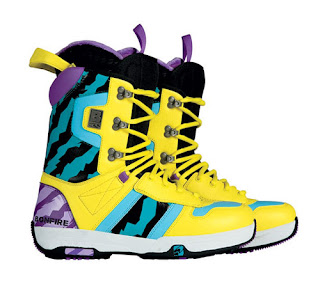 Sticking with the theme of familiarity, Bonfire opted to go with traditional laces instead of Salomon’s Power Lace system.  This does make the boot a bit more approachable to people that haven’t crossed over to a convenience lacing system. 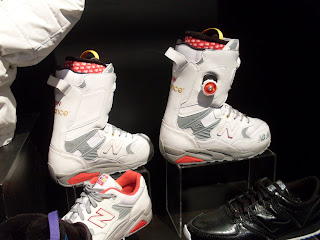 686 goes with a more progressive approach to lacing and offers up Dual Zone Boa.  while it does have the possibility to ostracize certain people, it also attracts other people that have grown tired of traditional laces. By opting for the Dual Zone they also offer a bit more customization.  This round goes to 686 only because of their belief in trying out something that isn’t totally familiar to everyone.

This past week we put up the poll on which boot collaboration you guys thought was a better product.  Here’s the results for all of you that voted.686/ New Balance
19 (26%)

Votes so far: 71
You guys decided this round so it goes to Bonfire.

I’d have to put it as a tie in this round for distribution based solely on the fact these two companies are all over.  Even picking select retailers, the availability for people to find these is out there equally.

In the end as previously mentioned the best boot is the one that fits your foot.  So make sure it fits you and see if either of them work for you.