So yesterday was a lazy day of picking up warranty returns and cashing in some in store credit. Since I’m not rocking Vans this year it was great they gave me a store credit instead. It allowed me to purchase some new K2 Formula bindings.

I rocked the Formulas all last season and was really happy with the performance and durability. I had the typical problems like a screw falling out and the spring that recoils the buckle break so I had a floppy ratchet. I also noticed a bit of discoloration from the adhesive they used, but I haven’t had any problems with it so its probably just cosmetic. 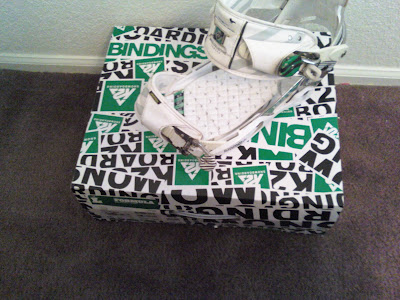 Two big complaints I heard from a lot of people that used this binding were the soft highbacks and the lack of a cap strap. While it was a dual strap I won’t deny that I think it sucked. K2 fixed both these problems this year.

First by introducing a better strap for being a cap, following in the foot steps of other companies like Technine, Burton, and Union.

This years and last years Formulas 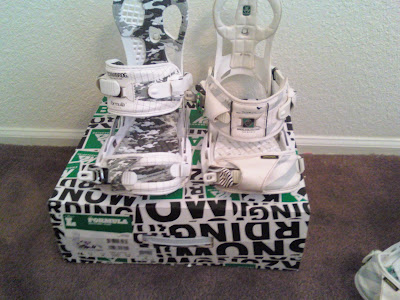 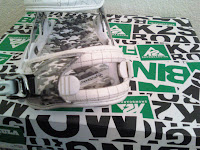 Notice how its been cut out to allow a boot to fit in their better. This will grip a lot better than the covered toe strap from last season. The nice thing is that while its like this its still solid enough for me to run it over the top of my foot how I prefer.
Comparison from last years to this years highback 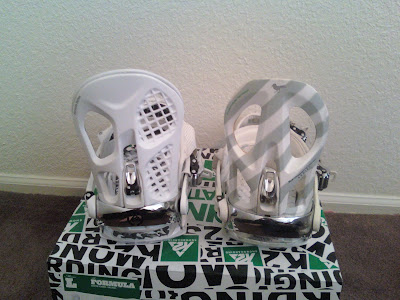 Last years highback I found after a bunch of days was softer than my old Rome 390’s. The mesh while it looks only cosmetic is actually functionable. What the mesh does is actually stiffens up the outside of the highback for when you’re freeriding and cranking through turns, while the inside is softer flexing allowing for better pressability. This makes the binding a more well rounded all mountain device. For those people that rotate their highback I think this will help them utilize it a lot more.

The adjustability on this binding is so easy to utilize. The straps have quick releases so on the fly you can adjust it and the forward lean is just a click flip. The heel cup adjustment can be a pain in the ass depending on how sober you are when you do it. The hardest thing to adjust is the toe ramp because you have to pop the plugs out.